MUSICAL MAGIC—Thousand Oaks resident and composer Joseph Metcalfe, owner of a recording studio in the Simi Valley, conducts the Prague Philharmonic Orchestra in the Czech Republic. Metcalfe led a team of composers to produce the score for “The King’s Daughter,” a new film starring Pierce Brosnan and Kaya Scodelario.

Composer Joseph Metcalfe calls music “a vehicle through which emotion is carried through sound”.

Along with two collaborators, he worked to pack plenty of musical emotion into the score for “The King’s Daughter,” a fantasy action-adventure film that opened in theaters nationwide last week.

In movies, Metcalfe said, music should be used not only to convey the story, but also to help immerse viewers in what they see on screen.

“The King’s Daughter,” narrated by Julie Andrews and directed by Sean McNamara, tells the story of King Louis XIV’s quest for eternal life. The monarch (played by Pierce Brosnan) seeks to extract the life force of a mermaid to gain immortality, but his defiant daughter (Kaya Scodelario) threatens to ruin his plans. Benjamin Walker, Rachel Griffiths, Fan Bingbing and William Hurt also star.

Orchestra and Choir for three days in the Czech Republic, then flew to England to mix the score for “King’s Daughter” with Casey Stone, who has worked on films such as “Frozen”, “X-Men” and “Don’t Look Up”. .” 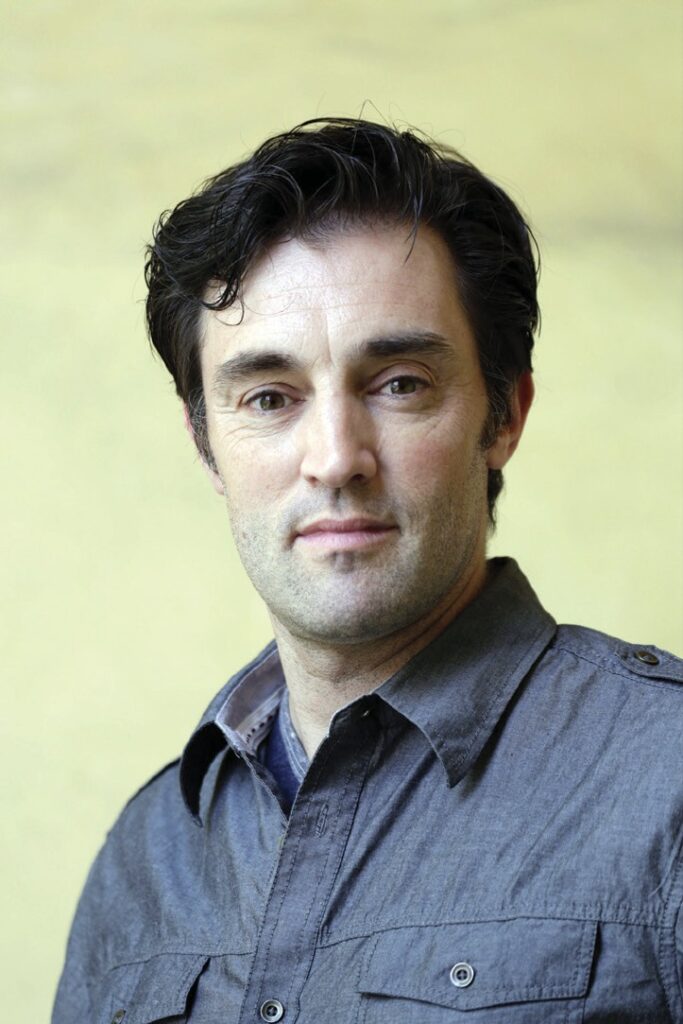 Joseph Metcalfe Courtesy of Film It All

Metcalfe said the film’s rating was a team effort. Many people helped “make the magic happen,” he said.

Its team of composers included John Coda, who worked on the television series “Bratz” and the adventure film “The Dark Tower”, and Grant Kirkhope, who scored popular video games such as “GoldenEye 007”. and “Mario + Rabbids Kingdom”. Battle.”

Born in the south of England, Metcalfe started playing the piano at the age of 4 and was largely self-taught. He grew up in an artistic family, with his brother, Dan, playing the lead role in Andrew Lloyd Webber’s “Starlight Express” and his sister, Becky, dancing and choreographing for artists like Sting, Elton John, Oasis and the Backstreet Boys.

Metcalfe wrote and produced his first musical at 16 and recorded his first TV theme at England’s famed Abbey Road Studios at 17.

He graduated from USC’s Film Score program, winning the Academic Excellence Award, and was mentored by some of Hollywood’s top composers, including Jerry Goldsmith, Elmer Bernstein, Ron Jones and Christopher Young.

When creating music, Metcalfe said, he strives to magnify what people expect to feel when watching a movie or playing a video game.

“I love creating experiences for people,” he said.

Metcalfe opened a studio in Simi Valley in 2012 and composed the music for several TV shows and feature films there, including “The King’s Daughter.”

“Simi turned out to be a perfect location because it was close enough to home without a long drive but also less than 30 minutes from Burbank-based studios,” said Metcalfe, whose three children are between 7 and 11 years old. .

During the pandemic, Metcalfe founded Sum Of All Music, an international talent collaboration that includes more than 25 musicians and artists who meet weekly on Zoom to write and produce new music together.

“We have released five albums so far during the pandemic and are building a music library for the entertainment industry to use. My goal with Sum Of All Music is to help people who are driven to achieve the success they rightly deserve,” Metcalfe said.

Although he has years of experience composing movies and video games, Metcalfe said hearing the fruits of his labor come to life in a theater never gets old.

For more information about Metcalfe and its music studio services, visit jfmusic.com and josephmetcalfe.com.